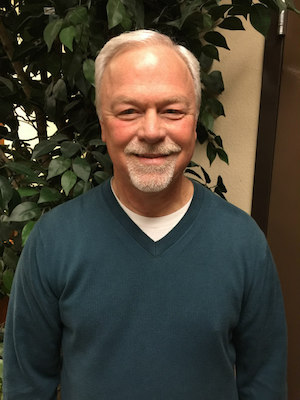 Pastor Randy Walls was born June 17, 1952 in Texas. He moved to California at the age of 2 months. He was raised in a Christian home and grew up in La Puente, California. At the age of 9, when the family became involved in Little League, the family's focus changed from church to "baseball". As the family continued to be more involved in little league church was no longer a priority. However, God's plan for Randy's life was still operating, even though he didn't realize it.

In November of 1969 he met Jeannette. He was a freshman at USC and she was a sophomore at Nogales High School in La Puente. He quit going to school and they were married in August of 1971. He began factory work at Purex, Swimming Pool division, in City of Industry. They lived in La Puente and they began a family.

Pastor Randy gave his life to Jesus in July of 1973. He was invited to go to church with a friend and had gone a couple of times when the Lord had started to tug at his heart. Randy had other plans. He had just turned 21 years old and he wanted to "have fun" before he became serious with the Lord. He was going to go on vacation and he wanted to "party" legally. So he put God off.

On vacation he was doing what he wanted, drinking, gambling, cussing (which was not like him) and being rude to his wife. As the vacation progressed so did the fighting and arguing with his wife. One evening after a serious argument they ended up sleeping apart - Jeannette in the car, and Randy in the tent. While he was alone in the tent the Lord spoke to his heart and asked him, "Is this what you want?" His immediate answer was, "No." He gave his life to Jesus that very night. On vacation in Lake Tahoe he had his own "Tent Revival"!

With a move to Rancho Cucamonga in 1976 he wanted his family to become involved in a church closer to home. He started to teach Bible Studies in his home for friends, family and people in the neighborhood. He found a Calvary Chapel close by and started attending regularly. He became involved in a Wednesday night Bible Study that Pastor David Rosales taught. In July of 1981 Calvary Chapel of Ontario was born and Randy began serving the Lord there. As the Lord continued to use him he was ordained in August of 1985 as Assistant to Pastor David Rosales.

He felt God's calling on his life as a Pastor/teacher. With the blessing of Pastor David he began to fast, pray and seek direction from the Lord as to where and when the Lord may send him out.

In January of 1993 Pastor Randy began a home Bible study in north Upland. On the first day of the study, an El Niño rainstorm flooded the streets so badly that a man was drowned trying to leave his car that stalled under the Interstate 10 freeway on Mountain Avenue. As Randy sat in his office at Calvary Chapel of Ontario he asked the Lord, "Why Lord, why the rain? Nobody is going to come out for a Bible Study tonight." But when God wants to show His power and that the work is His, He will use anything to remind us of that. Rain can't stop God's work and to His glory there were 50 people who showed up to hear the Word that night. That evening Calvary Chapel of Upland began.

Pastor Randy loves God's Word. He loves God's people and he counts it an honor and a privilege to serve God as Pastor of Calvary Chapel of Upland. There is no greater honor than to share the truth of God's Word and to offer hope through Jesus Christ. His heart's desire is for the sheep that God has blessed him with to be well equipped and ready to serve God with all their hearts.

Pastor Randy's family includes his wife Jeannette of 50 years and his 3 adult children: Tracie, Mark, and Jaime. They are all married and they all love the Lord. He also has 9 grandchildren: Josiah, Hannah, Selah, Sydney, Brandon, Jonah, Jadon, Jeremiah and Jericho.